It’s almost time to bring your flower crowns out of retirement. Festival season is quickly approaching. And while everyone knows about Coachella and Governor’s Ball, Bonnaroo and Lollapolooza, there are plenty of other festivals happening around the United States that’ll inspire you to dance in the streets (or open field, or parking lot)–and just might be a bit closer to home.

Named for the bend in the Tennessee River, this nine-day musical extravaganza is celebrating its 35th anniversary this year. Acts range across all genres. A small sampling of this year’s performers include 38 Special, Shovels & Rope, Umphreys McGee, Salt N Peppa,  The festival also features a children-friendly village, mobile exhibits, and the BlueCross Run/Walk, where you can compete in a 10K, 5K, or 1-mile fun run.

This relatively new festival was created by Eau Claire’s own Justin Vernon, the musician involved in Bon Iver, the Shouting Matches, and Volcano Choir. According to Vernon, Eaux Claires aims to “create a deeply meaningful experience of togetherness and expression” and that “every single artist will bring an equal amount of importance and uniqueness to the culture we’ve created.” While it sounds like a tall order to fill, the lineup includes an eclectic group acts–Jenny Lewis, James Blake, Shabazz Palaces, Vince Staples, Melvins, to name a few–that can definitely deliver on that promise.

Anyone looking to understand the ethos of this festival should look no further than it’s website, which gives the definition of “hinterland,”: the land behind a river. The rural area near a city. A backwater. Designed to cater to those who love the outdoors and music, the festival strives to be an respite that combines music, art, camping, and family togetherness. The music portion is mostly composed of singer-songwriters and multi-instrumentalists, including Willie Nelson, Cold War Kids, Grace Potter, San Fermin, Pokey Lafarge, and many more.

This one-day event, curated by the Roots, has been filling Philly with R&B-leaning acts every summer for nine years. This year’s headliners include rapper Future, soulful crooner Leon Bridges, and a performance by Usher–backed by the Roots themselves. The picnic takes place on Festival Pier, so not only will you get to see Lolawolf and Blood Orange, but they’ll be performing in front of the Delaware River.

This year marks the 20th anniversary of this all-encompassing festival. California WorldFest celebrates music (and food) from around the world, and includes camping and a renowned children’s program, so its longevity should come as no surprise. Legendary Bozz Scaggs is set to headline Sunday night, and the eight stages of music will include global acts like all-female mariachi band Mariachi Flor de Toloache, the teenage-brother hip-hop duo Earth Guardians, and traditional Sufi band Fanna-Fi-Allah, among others throughout the course of the weekend. 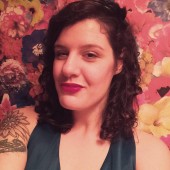 Gleni is always on the lookout for a new band to listen to, the best margarita around, and an adventure that combines both pursuits.